A new era for Rawabina, gives an opportunity to fulfil even greater aspirations in delivering a most personal and immersive dining experience.

Well, this is Rawabina restaurant & sweets culture. It’ll certainly make your taste buds swoon but food from the Levant also promises a flavour journey that transports you to the heart of a medina in the Middle East.

What is the Levant?

It is a place, a taste, a region of shared plates and a wide palate of tastes embracing cultures in the southeast corner of the Mediterranean. For it was in the Levant that humans embarked on their first adventures in agriculture, more than 10,000 years ago. Irrigation, cities and civilization eventually followed, and with them, diners, table settings and the first menus, as our newly settled species pulled up a chair and smacked their lips in anticipation.

For the fertile crescent – broadly encompassing Lebanon, Jordan, Palestine, Syria, Turkey, Egypt and Cyprus – is home to one of the healthiest, freshest, most delicious and ancient cuisines on the planet. The ancient Romans and Phoenicians heartily enjoyed many of the dishes that are served in Levantine restaurants today – the likes of hummus, baba ganoush, and Tabouleh.

For pescatarians, dishes of freshly grilled whitebait and squid, set beside yoghurt dips flavoured with spicy harissa paste or a simple coupling of mint and cucumber, are just the start of an ocean odyssey of tastes. Baked, battered, roasted or grilled, the likes of seabream and branzino (sea bass) are delicious Levantine fish staples, while the many ways to cook and serve octopus, prawns and mussels will make your taste buds swoon. 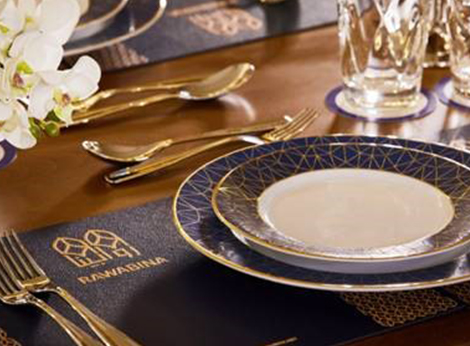 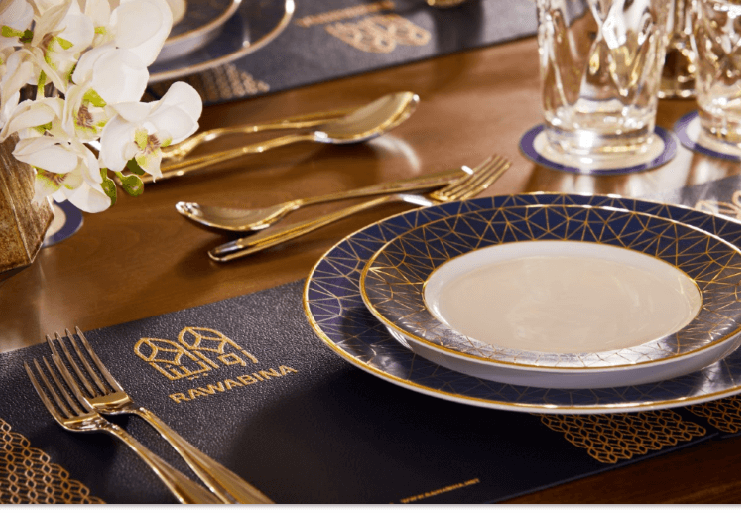 You can make a reservation online by clicking on find table link.

A new era for Rawabina, gives an opportunity to fulfil even greater aspirations in delivering a
most personal and immersive dining experience.